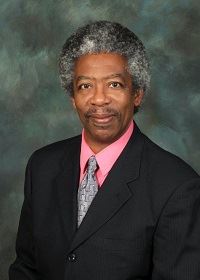 Rikke Johnson has been a resident of the City of San Bernardino for over 50 years. Rikke is happily married to Sharon and they have two daughters, Monique (Kevin) and Erika (Robert), one son, Julian Marsailes (Ariana) and five granddaughters, Amarie, Anaya, Elona, Kiara, Savii.

Rikke Johnson is a graduate of Eisenhower High School in Rialto and has an Associate of Arts Degree from San Bernardino Valley College, where he graduated in 1981.

Rikke Johnson is retired from the United States Postal Service after 27 years of service. He is presently employed as a Bail Agent and Manager for Greenwood Bail Bonds in San Bernardino.

Rikke Johnson was elected to the San Bernardino City Council and was sworn in to represent the residents of the sixth ward on March 1, 2004. Rikke proudly served the City for 12 years.

In addition to time spent on the Council, Rikke has served the community as: